We started the second month of the season with water levels still high and fishing condition challenging, a lot more water than usual have our dorado spread all over this massive territory of aquatic wilderness.
We hosted Dave M for his 11th time here at Pira. He had a great time sharing yet another week with us. Even in the tough conditions he managed to get some good dorado- mainly fishing in shallower Marsh areas.
Some other friends came back as well,  Clark S and Peter W, both for a third year in a row; and they came with a new guest too. Most of that foursome targeted dorados with dry flies. Peter W was the luckiest of the four–  releasing a 17 lb. beauty on a mouse pattern in a channel far upstream in the Marsh.

As the week continued, the water levels and the temperatures started to normalize, and the water began to drop considerably. Fishing in the River became far better, with most of the fish close to underwater banks they became far easier to target. Also, millions of minnows swimming were migrating along the shore, so there were tons of sábalos also mixed with dorados.
Another friend from Chicago was also back with us this week, and most of his fishing was casting along the banks using Dahlberg divers. Some explosive takes up on the surface resulted– awesome to see that action!!
Continuing the search of the golden bars in the Marsh required driving quite some distance along the braided water in our Hell’s Bays boats, but we are always looking forward to the next day of our Pira adventures. Continued thanks to our exceptional team of guides, Gene, José, Agustín, we each wait for new guests to arrive and continue to want only to share this amazing  fishery in this magical place called Ibera. Hope you can join us soon. 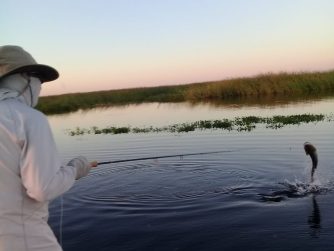 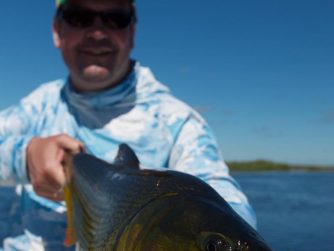 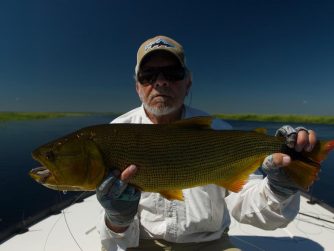 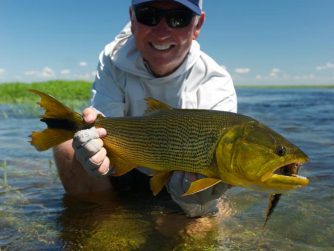 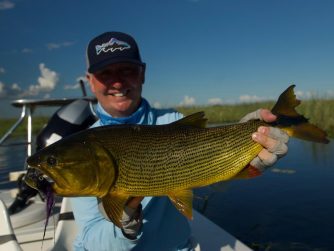 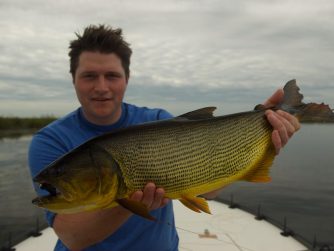 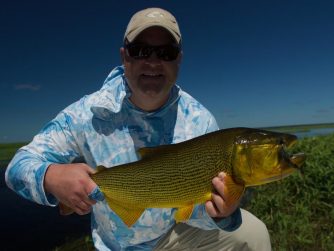 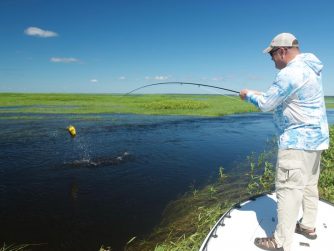 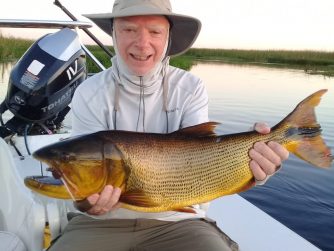