Fishing at Pira has been awesome as of late. Anglers are targeting dorado in the marsh channels with floating lines. You can see the take and the ensuing fight on light tackle is nothing short of spectacular.

Fly fishing at Pira Lodge continues its streak of excellence. We’ve been using flats skiffs to target dorado populations in the marsh channels. While floating lines and light 5- and 6-weight rods have produced hard-charging fish, chasing streamers high in the water column!

In the Corrientes River, sinking lines are still the ticket for larger dorado in the 15-pound class. One of the season’s biggest was recently caught and released by Carl  Cristoferson. The next day John Makinnon landed two more fish in fish of double-digit proportions.

The Ibera Marshlands remain in great fishing shape at this time and we look forward to ushering in our next group avid anglers. 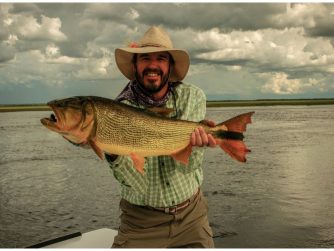 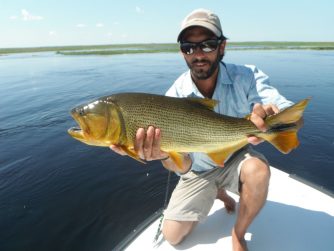 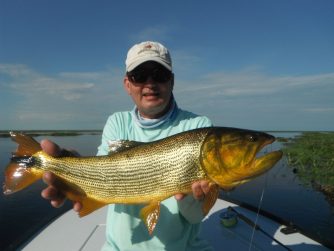