This season started a bit earlier than others, and when I arrived at the lodge it rained hard for several days. That was my welcome to the marsh—high water and blocked fishing beats due to floating debris. But the fish were there. We just had to find them.

After the big storms departed, dorado had spread out all over the marsh chasing small sábalos, their favorite food. The guide crew and I began scouting with good results. We found large dorado lurking in the typical spots. It was very encouraging for us to see life in the river!

Fishing improved despite high-water levels. In the mainstem river we fished sinking lines, like the Leviathan 300 grain. And in shallower sections of the marsh, we used floating lines on 6-weights, casting dry flies with good results.

The dorado fishing really came into its own by mid-season. Calm, stable weather led to awesome fishing. During that time, Shya and Ariel Kane caught several Corriente River fish weighing up to 15 pounds. Jean and Keith Howman from Scotland also experienced great summer fishing, landing many up to 12 pounds.

To finish the season, we welcomed Argentine biologist Miguel Casalinuvo, who’s working on a dorado conservation project with Nervous Waters. The guides and I helped by taking measurements and weighing the fish. We’ve also been busy tagging dorado in order to track their movements throughout the system.

Overall, it’s been a great season. And we’re looking forward to more of the same next year. Can’t wait to see you on the water! 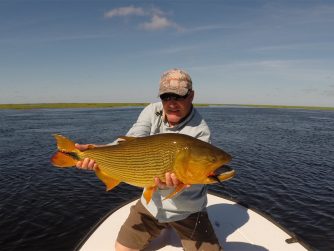 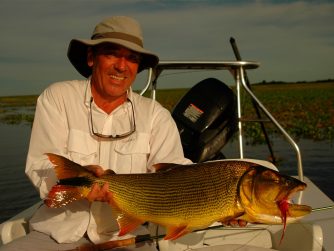 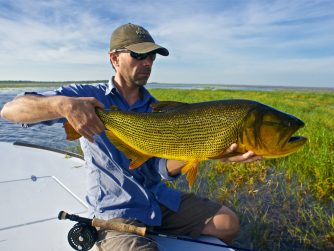